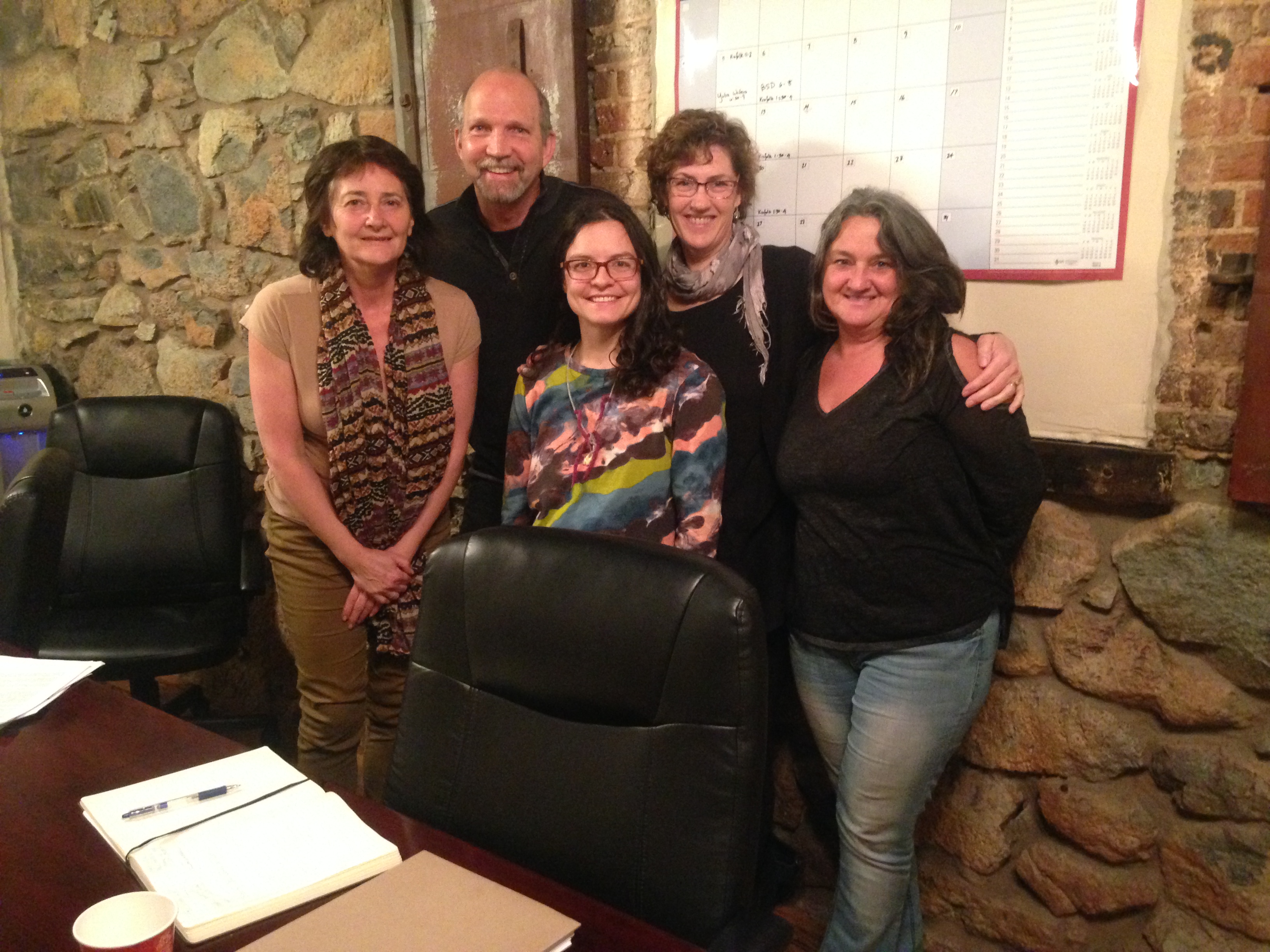 So proud of these latest “grads” of the Life Into Literature class–five fierce writers who brought an incredible range of experience to the table, read deeply, wrote fearlessly, and did great work in our class. Thank you, Elizabeth, Doug, Amy, Anna, and Darlene for a rich six weeks together.

For those who want to GET STARTED:

Life Into Literature: Explorations in Memoir

You’ve lived a rich life. You want to share it in writing. Where does your story begin? Where does it end? How do you make your life a page-turner?

In these classes with New York Times acclaimed memoirist Rachel Howard, you’ll learn how to shape compelling, meaningful stories out of the mass of experience. Discussing carefully chosen memoir readings by Jo Ann Beard, Alexandra Fuller and others, and completing guided exercises, you’ll learn to write cinematic scenes, craft powerful reflections, identify your richest material, and shape a suspenseful narrative. Our class series includes weekly “homework” to keep you rolling, and ends with a supportive, in-depth workshop of one longer submission (up to 5,000 words). No writing experience necessary, though experienced writers will also benefit.

For those who want to GET SERIOUS:

There’s no formula to writing a novel. But there are fundamentals of “form and theory” you can master that will help you greatly along the way. In this deeply substantive and supportive class, for writers working on a novel or writers just beginning one, we’ll give your novel-in-progress a firm foundation. Our first four classes will explore your novel’s “implicit promise,” story engine, driving thematic question, character arc, and point of view, with in-class and between-class assignments to help you find your novel’s core. Our final four classes will combine craft instruction with in-depth workshop, with each participant receiving constructive, instructor-guided feedback on their novel’s first 5,000 words. We’ll talk equally about writing theory and writing practice, helping you establish your most productive habits. Most importantly: You’ll learn to read as a writer—with an eye for usable craft—so that you can mine your key models and keep your novel growing. You’ll learn to sidestep many pitfalls so that your novel writing experience can be richer, and your resulting novel far more engaging.

For those who want to GET STARTED or GET SERIOUS:

Finding the Universal in the Particular

Whether you would like to write memoir, essay, short stories, or first-person reportage, all literary writing is rooted in a daily habit of noticing the “beloved particulars,” then digging inward to discover how those particulars can evoke what we might risk calling “the universal“–archetypal experience that almost any reader can relate to. In this welcoming, highly exploratory course, we will play with nonfiction forms ranging from the lyric to the narrative. Voice, point of view, structure, form—all of the essential, recurring terms of the writing life will be introduced as we discuss works by writers such as Tim O’Brien, Grace Paley, Joan Didion, and David Sedaris, and complete short twice-monthly assignments for feedback. Each student will also draft and workshop a longer piece of writing in our final month. But just as importantly, we will practice really seeing, being open and receptive, “sneaking under the fence of interpretation,” as Deborah Eisenberg calls it, and dropping defenses (especially the defenses we hide from ourselves) to find truths that can show us the transcendent in the particular. After all, as Flannery O’Connor wrote, “Wouldn’t it be better for you to discover a meaning in what you write than to impose one? Nothing you write will lack meaning because the meaning is in you.”

For those who want to GET STARTED:

Better Than a Book Club: Reading Chekhov for Our Times

Why do so many writers read the stories of Anton Chekhov with near-religious devotion? Writing in late 19th century Russia, a contemporary of Tolstoy, Chekhov invented a new kind of story—the short story that explores irresolvable questions of human experience rather than delivering pat morals. His stories, which can be both hilarious and heartbreaking, cultivate compassion and an awareness of the bittersweet ironies of life’s continual passing. In this “better than a book club,” we’ll read a single Chekhov short story each month, paired with an insightful commentator by Chekhov admirers such as Francine Prose, Robert Hass, and Siddhartha Mukherjee. Discussion will be lead by Rachel Howard, novelist and writing teacher, but with a light touch allowing for all to contribute. You are welcome to attend each session separately, or sign up for all four for a discount. Tea and treats will be served. Please note, we will not hold a session in April. Let’s come together and see how Chekhov might give us the sustenance we need in compassion-challenged times.

Cost: These discussions of Chekhov are being offered as a community class by voluntary donation. Suggested donation: $15-25 per session.

Instructor Bio: Rachel Howard teaches creative writing primarily at Stanford Continuing Studies and the San Francisco Writers’ Grotto. She is the author of a memoir about her father’s unsolved murder, The Lost Night, which the New York Times praised as “enthralling.” Her novel, The Risk of Us, will be published by Houghton Mifflin Harcourt in April. Her fiction and nonfiction has appeared in many publications, including the New York Times’ “Draft” series. She received an MFA in fiction from Warren Wilson College, and later served there as Interim Director of Undergraduate Creative Writing. She has also taught in the MFA program of Saint Mary’s College. She moved to Nevada City in 2014 and is founder and producer of the Yuba Lit reading series.