“West Side” Triumph at SFB

San Francisco Ballet in “West Side Story Suite” is a can’t-miss. My review in the Chronicle:

“San Francisco Ballet’s 75th anniversary season is only half begun, but its defining moment arrived Thursday in the troupe’s fourth repertory program. Whatever thrills and spills Artistic Director Helgi Tomasson’s risky New Works Festival may bring us come April, we already know this: No one will forget these dancers snapping and singing their hearts out in the company premiere of Jerome Robbins’ “West Side Story Suite.”

That “West Side Story” is enduringly irresistible even in digest form doesn’t explain half the excitement; the real drama lies in what Robbins’ 1995 adaptation, until recently performed only by New York City Ballet, reveals to us anew about a relentlessly ascending troupe. Like William Forsythe’s edgy “Artifact Suite,” though in a completely different style, “West Side Story Suite” unveils a San Francisco Ballet bolder, braver and more committed than we had thought possible. 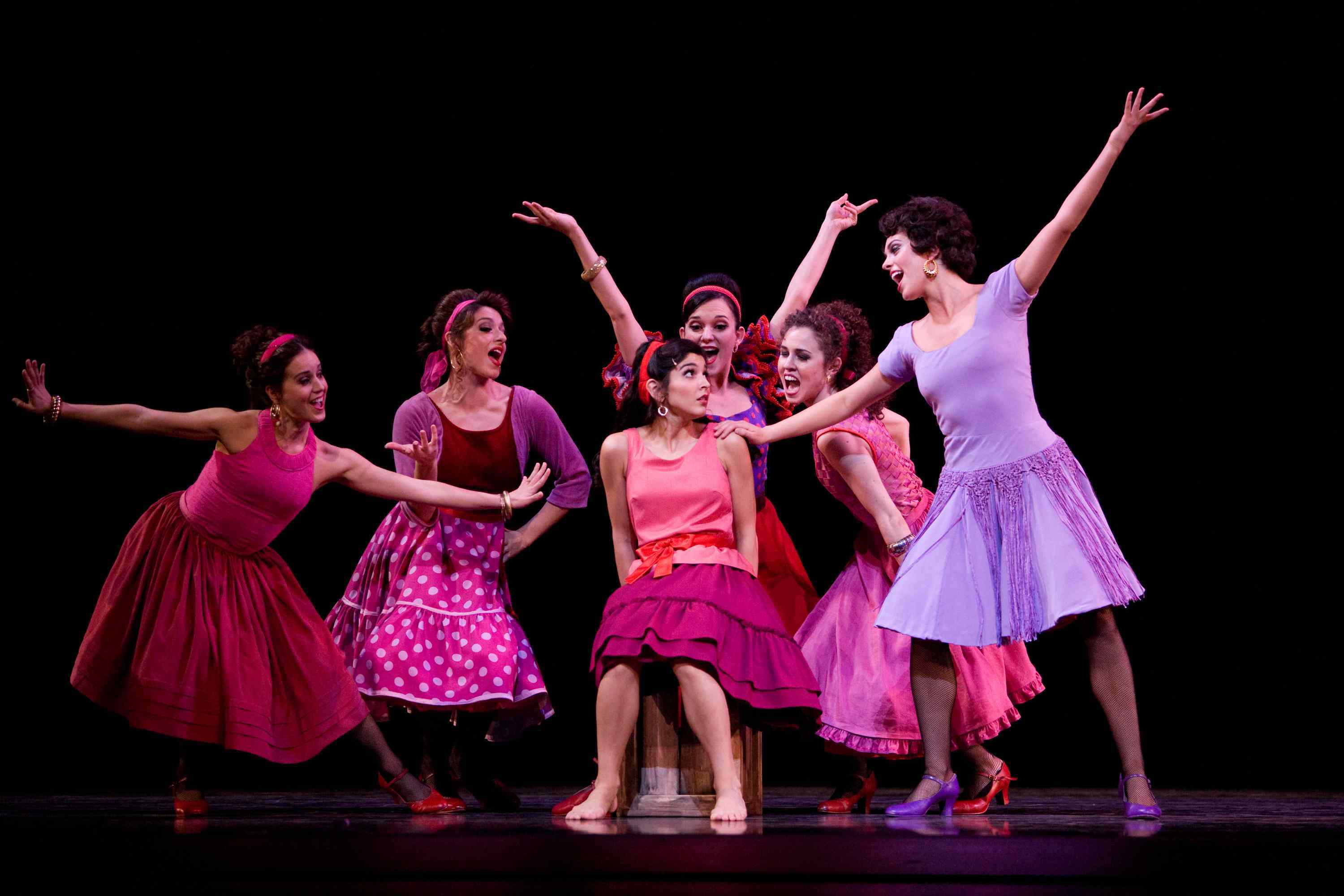 It’s a triumph a long time in the making. Tomasson has steadily strengthened the company’s connection to Robbins, the artistic mentor he once worked with so closely; the whole of Program 4 attests to his progress. Robbins’ intimate “In the Night,” acquired when Tomasson first took the helm 23 years ago, received exquisite interpretations Thursday, while “Fancy Free,” the Bernstein collaboration that made Robbins’ name in 1944, fell shy of a fully realized performance yet kept the audience happy. But it was “West Side Story Suite” that drew rock-concert cheers. Even the orchestra seemed to rally, brash and bleating under Music Director Martin West.

This staging by Jean-Pierre Frohlich and Jenifer Ringer uncovers fresh talent in the Ballet’s ranks. Two of Wednesday’s leads were drawn from the corps: Dores Andre moved as sweetly as a lamb as Maria, while Shannon Roberts sashayed through a rendition of “America” to make even Rita Moreno proud – and let rip a wild and natural voice – as Anita. Soloist Rory Hohenstein has been on the rise for several seasons now, but as Riff he gets to show off his Broadway-baby instincts, crooning credibly and commanding a crackling performance of “Cool.” Corps member Matthew Stewart took on the vocals for “Something’s Coming,” usually reserved for a professional singer. His enunciations weren’t nearly as intelligible as those from Natasha Ramirez Leland, the hired voice for “Somewhere”; still, kudos for gumption. Garrett Anderson made a dreamy Tony. Yet to call out names would be an endless exercise: How to stop at gutsy Julianne Kepley, sassy Courtney Elizabeth, wiry Benjamin Stewart? That’s the beauty of a ballet that takes a company to a new level, and especially Robbins danced at its best: Everyone matters.”